Canada has many things to be proud of, but it seems that roads are not one of them.

a new research Canada ranks among the top 20 countries with the worst roads in the world, according to online driver education institute Zutobi.

Zutobi analyzed road quality, fatalities, and the relative size of road networks in 59 countries. According to their findings, Canada has he 19th worst quality roads in the world.

Studies show that the quality of Canada’s roads has declined by more than 6% over the past five years. In addition, he has 4.58 road traffic fatalities per 100,000 people on Canadian highways.

The situation may be bad, but it pales in comparison to Kuwait, which has been named the country with the worst roads in the world. 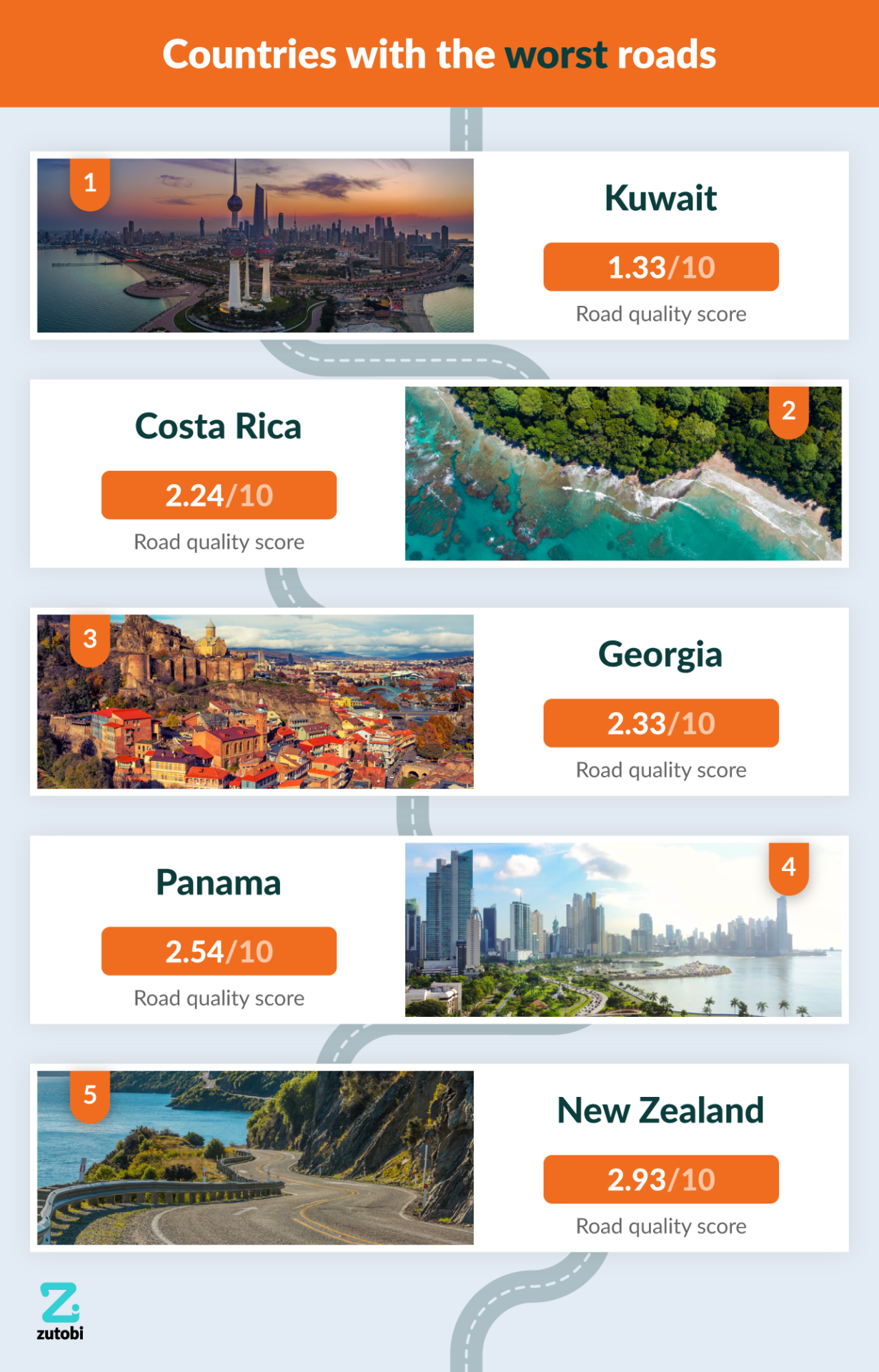 Rounding out the top countries with the worst roads are Costa Rica, Georgia, Panama and New Zealand.

Which country has the best roads in the world?

According to the survey, Singapore comes out on top. This country has by far the highest overall road score as it is the only country to score higher than 9/10. The Netherlands, Switzerland, Japan and Denmark also made the top five.